For those who missed out on BitCoin and Etherium!

Presently, launching many latest crypto coins is going on and they utilize their personal Initial Coin Offering (ICO) for crowdfunding.

A lot of individuals, even the ones who are not familiar with cryptocurrency are investing in numerous cryptocurrencies together with their ICOs. They are aware of the complete possibility of the blockchain technology plus the massive profits they are able to generate in the industry of cryptocurrency.

When investing in a cryptocoin ICO, you need to take care so that you do not lose your investment. You need to just make investments in coins that will certainly obtain an elevated market worth, which have a promising future. This is only speculation but it is simple to see which ICOs are more promising than others.

The Cloud token ICO is happening right now and pre-sale is starting on Monday the 31st of July. The Cloud token sale will sell a total of $300,000,000 worth of Cloud tokens (CLD) and pre-sale launch will go for $10 per token. Total amount of tokens in circulation will not be more than 30,000,000 CLD.

The CLD is the brainchild of Assaf Zamir, founder and CTO of CloudWith.me who plans on “changing the way we internet” with Crowd Cloud technology that is based on blockchain and Cloud tokens. Connect any device to the decentralized cloud and you are now earning tokens while you sleep.

The tokens will also be used for buying services such as extra processing power or storage from any device (or selling it).

CryptoPing ICO also tops this list. It presents a clever bot that makes observations of crypto markets by utilizing social media, market data, news and statistics. It informs a user each time a specific altcoin experiences a sudden increase in market worth.

These bots utilize messengers for signals delivery to users. So as to enable the utilization of beginner and skilled clients, for this bot, an uncomplicated Waves platform is utilized. One key benefit of Cryptocoin ICO is its ability to offer equal benefit to each of its users. This ICO accepts any kind of crypto coins investments such as LTC, BTC, DASH, WAVES and ETH.

ICO tokens that are unsold are burned; this means they are sent to a keyless address, which makes them useless. Its first supply is restricted to 10,000,000. This bot has attained 25,000 and more prospective subscribers.

Crypviser (CVCoin) presents a network that is encrypted and distruptive, for numerous platforms and applications founded on technology of blockchain. It offers the initial cross-platform application that is encrypted, used to protect data such as instant chats, video calls, voice and group calls, etc. 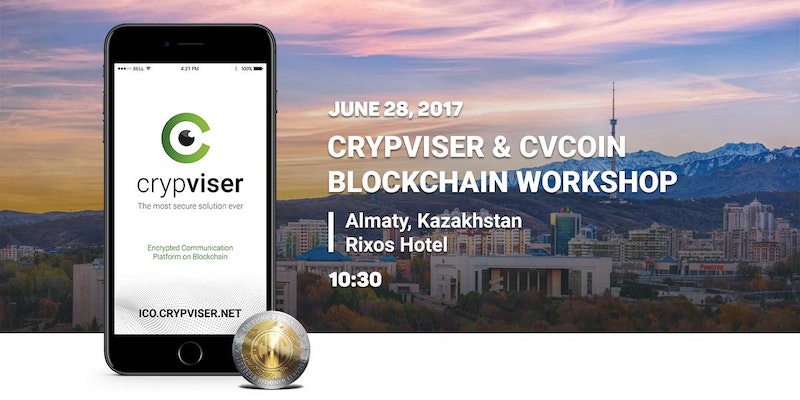 There is a combined wallet in Crypviser app, which enables users to securely retain their amounts and transfer them via the CVPay technique. CVPay offers a safe, anonymous and quick cash transfer system.

BETOpen offers a sportsbook, which is Ethereum based, that operates on blockchain system. It is enhanced for desktop, tablet as well as mobiles in Android and also iOS platforms. It is inclusive of 30+ sports and very many leagues as well as events.

This platform is for betting live and very many bet types are present. It offers safe information encryption through HTTPS. Two months after it was started, this coin attained huge fame among sports enthusiasts. 100,000 is the first BETOP coins supply.

Gilgam.es or GGS provides a platform of E-sports, which is based on Ethereum. Here, individual players as well as teams contest in famous games of e-sports such as Call of Duty, League of Legends, etc. The hugest issue in any platform for gambling is in-game deceit and fraud transaction. The objective of GGS is getting rid of this by utilizing decentralized system and transacting safely with Ethereum. Tokens for GGS can be utilized to play in matches and become winners of more tokens, ranking awards, banning debated match outcomes, arranging private matches, etc.

FunFair presents a safe gaming platform that is decentralized. It operates on smart contracts basis for Ethereum. They have provided solutions for the huge blockchain casinos challenges, using their technical skills.

As per its name, this is a platform in which there is fair and secure play in casinos. They have included open-source technology, Ethereum blockchain and their solution of ‘Fate channel’ to ensure that users are obtaining total protection and transparency. This new platform’s currency is FunFair FUN token.

Octanox cryptocurrency has decentralization element that can operate on numerous platforms. Its key benefit is its ability to be utilized for virtual transactions as well as different virtual systems, using algorithm of 11x and POS and POW systems. It has open source software and it is not possible for any interference to happen in Octanox because of their effective algorithm.

The exceptional mining of Proof of work (POW) as well as Proof of stake shall offer distinct mining benefits to information miners who offer the ultimate OTX investment. For ICO phase, OTX (Octanox) shall be availed to all exchanges.

It is possible to purchase them with LiveCoin; this offers an altcoin that assists to develop the current numerous altcoins. Development funds are picked from the initial phase. From this phase, the coins are disbursed. The overall supply is restricted to tokens of 100,000,000.

Moeda represents the globe’s initial ICO created in Brazil by a bank dealing with crypto to support female entrepreneurs. Their goal is to attain worldwide women equality.

This is a platform that operates on Ethereum. In the course of the period of ICO, Moeda shall provide loyalty tokens to donate to Green Cross Brazil. Any person who is interested in making investments in this coin can use ETH to contribute, sending straight to the Contact address of Moeda ETH ICO from a wallet.

This gaming platform accepts electronic micropayments. To prevent the occurrence of fraudulent transactions, there is provision of Leviarcoin (XLC), which operates on blockchain technology basis. To be precise, this is a tool for software protection but is also a currency.

Its key features are inclusive of untraceable payments and anonymous transactions that cannot be linked, blockchain analysis resistance, controllable limits and proof of work. The first ICO supply is restricted to tokens of 5,400,000.

DCORP presents an organization that represents a set of intelligent contracts. Normally, DCORP controls their personal developed token called DRP. In addition to this, it is able to obtain ETH tokens as well.

Any person can become part of DCORP in form of a contributor or shareholder anonymously, via the Ethereum account they have. Any individual who is the owner of any token for DRP is regarded as a shareholder who makes decisions on everything connected to DCORP. This ICO is Ethereum based.